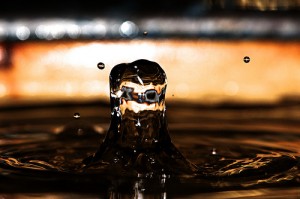 Americans tend to take clean water for granted. Freshwater pollution is a serious issue for about half the world’s population, leading to about 250 million cases of water-related diseases and between 5 and 10 million deaths each year. According to UNICEF, nearly 900 million people lack access to clean water and 2.5 billion lack decent sanitation. Likewise, 2 million children die each year from pneumonia and diarrhea, illnesses UNICEF says can be prevented with improvements in water and sanitation. For a novel holiday gift idea, consider giving the gift of clean water to an impoverished child or family on the other side of the world.

Many not-for-profit organizations in the U.S. and abroad are stridently working to improve global water quality. WaterAid is one such group. It recognizes the worldwide need for water and sanitation as 2.5 billion people don’t have a safe and clean place to use the toilet. As a result, 3,000 children die each day from preventable diseases related to unsafe water or lack of basic sanitation. WaterAid works with both individuals and families to help set up, operate and manage water projects in order to provide safe water and effective sanitation for the poorest people in developing countries. Working in partnership with local communities, the organization uses low-cost technologies suitable to local conditions that can be maintained by the communities. Since 1981, WaterAid has provided 15.89 million people with safe water, as well as 11.02 million people with safe sanitation since 2004.

The 2012 UNICEF Tap Project is aimed at providing clean water for millions of children all over the world. Since it began in 2007, the program has raised almost $2.5 million in the U.S. alone and has become an important movement in ensuring the world’s children have safe, clean in which to drink and bathe. UNICEF invites volunteers to donate funds, volunteer time or donate water to make a different for an impoverished child. The 2012 UNICEF Tap Project funds will be donated to support water programs in Togo, Cameroon, Mauritania and Vietnam.

Global Water is another international, non-profit organization, founded in 1982. Its mission is to create safe water supplies and hygiene facilities for those in developing countries. Global Water is a volunteer-based organization, so the majority of donations are sent to facility projects in rural villages and schools. Some of those projects include surface water supply and distribution systems, rain harvesting supply systems, water-well drilling activities, hand pump installations, water treatment equipment, latrines, hand-washing stations and community laundry washing and bathing facilities. Plus, Global Water is currently developing a “Technology Push” program to implement filtration and disinfection equipment in developing countries’ rural areas.

Charity: Water is determined to lower water-related fatalities in the world. According to the organization, unsafe water and lack of sanitation kills more people each year than all forms of violence, including war. In Africa, people spend 40 billion hours each year walking to reach water. Thus far, Charity: Water has funded 6,994 water projects, giving 2.7 million people access to clean water in 20 nations. Since private donors cover its administrative costs, 100 percent of public donations made to the organizations are used to fund clean water projects. Charity: Water not only accepts individuals’ direct donations, but it also offers gift donation opportunities, perfect for the holidays or a special occasion. Donations may be made in a friend or loved one’s name, and a greeting card will can be printed or sent via email to “deliver” the gift. Donors who wish to contribute $5,000 or more can sponsor a water project for a village, school or clinic in a developing nation. When the project is completed, the donor will see proof of the project with GPS coordinates and photos in Google Maps.