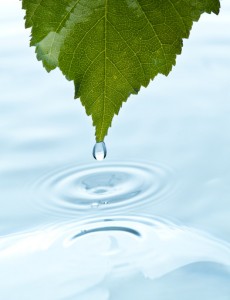 The need for innovations in water conservation has never been greater. According to the World Water Council, although the world’s population tripled in the 20th century, the use of renewable water resources grew six-fold. The increased industrialization and the added demand for water will have somber consequences on water supply.

Still, an increasing awareness that freshwater resources need protected is prompting companies, individuals and communities to seek innovative solutions in water conservation. The US Environmental Protection Agency has endorsed a program called WaterSense which, since it began in 2006, aims to decrease nonagricultural water consumption through efficiency and innovation. The program claims to have saved over 46 billion gallons of water through its work with manufacturers, government and consumers.

Consumers can make an impact in the water conservation effort by choosing efficient plumbing products. WaterSense has even set water conservation goals for various products, including toilets, shower heads and faucets. In fact, according to the American Water Works Association Research Foundation, if all US households installed water-saving features, water use could drop by as much as 30 percent, saving about 5.4 billion gallons of water each day

The largest household user of water each day is the toilet. In fact, the commode uses an average of 26.7 percent of the average American household’s daily indoor water. The WaterSense goal for toilets is a 20-percent reduction, to no more than 1.28 gallons-per-flush. Consumers have historically been hesitant to install water-saving toilets. Contractor Leigh Marymor says when the first generation of 1.6-gallon-per-flush toilets hit the market in 1994, people despised them. It often took two flushes instead of one, which defeated the purpose.

In fact, it is Toto’s ultra-high-efficiency toilet, which uses only one gallon of water per flush that is being called a great achievement in terms of toilet-engineering evolution and water conservation efforts. Roto-Rooter Atlanta, one of the largest plumbing repair services in North America, called the Toto 1G impressive in a company statement.

“Less than 20 years ago, people were used to toilets that used 3.5 gallons per flush, while today’s Ultra-Efficient models only require 1.28 gallons per flush,” the Roto-Rooter statement said. “With the same innovation and problem solving that these Japanese engineers put forth, manufacturers were able to greatly improve flushing power using less water and show that research and development can lead to great improvements in the world, step by step.”

In fact, the new Toto toilet is said to be capable of shooting a soccer ball at 160 kilometers-per-hour. The toilet utilizes Toto’s Double Cyclone flushing system, which uses both water and gravity to create its powerful one-gallon flush.

Water scarcity is a growing problem in the North China Plain. One of the most densely-populated regions in the world – it encompasses Beijing – the area has fertile soil for farming but an arid climate. In fact, in many areas agricultural demands far exceed the availability of ground water and can no longer be met with additional hydraulic infrastructure. Likewise, water pollution from heavy urbanization and industrialization has compounded the water scarcity. But industry in China uses between 4 and 10 times the water as industry in more developed nations.

According to the New York Times, scientists say aquifers below the North China Plain may be drained within 30 years without change.

“There’s no uncertainty,” hydrologist Richard Evans, who has worked in China for the past two decades, told the Times. “The rate of decline is very clear, very well documented. They will run out of groundwater if the current rate continues.”

A major source of water depletion in China is its agriculture. The Community Party insists on feeding the country’s massive population with its own grain. But massive agricultural efforts require huge amounts of groundwater in the North China Plain, which produces half the country’s wheat, according to the Times.

The North China Plain Water Conservation Project — financed for $74 million by the World Bank — is directed at increasing the water efficiency of China’s agriculture. The project has already supported improvements to more than 257,000 farms on the North China Plain. The major components of the project include: Irrigation and drainage works, such as canal lining, low-pressure pipe, drains, wells and sprinklers; agricultural support including land leveling, tilling schedules, soil fertility improvements, crop pattern adjustments and mulching; forestry and environmental monitoring; and institutional development and capacity building for water and soil conservation.

Since the project’s implementation, agricultural productivity in the area has increased by 60 to 80 percent per unit of water. Agricultural production has tripled and the increase of farmer per capita has ranged from 10 to 554 percent.

The reduction of agricultural water consumption has had a huge impact on the North Plain’s groundwater reserves. In fact, across most of the project area, groundwater depletion has been reduced to negligible levels or eliminated entirely.

Furthermore, the project strengthened arrangements for irrigation system operation and maintenance. The project originally hoped to establish 100 water user associations, but ultimately more than 500 were created—the first time WUAs took large-scale responsibility for financing and operating irrigation systems in China. The existence of the WUAs promotes water measuring with corresponding water charges on a volumetric basis.

The Chinese may have shown how redeveloping an area’s water system can help conserve water sources, but Korea is demonstrating innovative ways to conserve water by building an eco-friendly city from the ground up. A project that began 12 years ago, Songdo is built on an artificial island just west of Seoul and is set to cost about $35 billion. Media has labeled Songdo the city of the future. Cisco is wiring every inch of the city with fiber-optic broadband and, and TelePresence screens will be installed in all homes, offices, hospitals and shopping centers—allowing residents to place video calls from all over the city. Plus, the city’s streets and buildings will be equipped with sensors to monitor everything from temperature to road conditions—ensuring the city runs lightning-speed efficiency.

About 40 percent of Songdo will be dedicated to green space, such as rooftop vegetation that reduces storm water and takes advantage of sunshine on hot days—helping to cool the city. Rainwater traps will capture “grey water,” which will be recycled for use in sinks, toilets and dishwashers, dramatically decreasing the need for fresh water.

“We didn’t just look 10 years ahead, we looked at 50 years, a hundred years from now,” Sustainable Design Specialist Peter Lee said in a Cisco release. “And saving water is one of the key elements that we tried to pursue, in terms of sustainability.”

City designers found many uses for the grey water stored in containers after rainfalls. In addition to household fixtures, it is recycled for irrigation, as well as in parks and industrial facilities. The innovations help Songdo reach its goal of reducing commercial water use by 30 percent. The city also has a nearly two-mile canal which circulates millions of gallons in ocean water.

“We’re building an environmentally friendly system that is unique to any other in the world,” Incheon Free Economic Zone’s Commissioner Lee Jong-Cheol said in the Cisco release.

One Reply to “3 Top Water Conservation Stories from 2012”