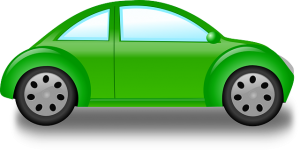 Students Design and Race Eco-Cars of the Future

This three-year competition was established by the United States Department of Energy and General Motors and builds on a 23-year history of Department of Energy Advanced Vehicle Technology Competitions. EcoCAR 2 challenges 15 universities across North America to reduce the environmental impact of a Chevrolet Malibu without compromising performance, safety and consumer acceptability.

Teams spent the first year creating and testing their eco-vehicle designs using different technologies and the second year of EcoCAR 2 utilizing cutting-edge automotive engineering processes to redesign their Malibu vehicles. The vehicles then underwent safety inspections and on-road evaluations by Argonne National Laboratory and General Motors engineers. The cars were evaluated on reduced fuel consumption and greenhouse gas emissions as well as performance, utility and safety.

Pennsylvania State University was declared the Year Two winner at the end of the EcoCAR 2013 Competition. The team impressed judges with its ethanol E85 plug-in hybrid electric vehicle. The team was also the first that passed safety and technical inspections, on-road safety evaluations, and ran all the competition dynamic events.

The University of Washington is also part of the competition and consists of undergraduate and graduate students with backgrounds in engineering, business, and art. The team is building an EcoCAR-dedicated facility called UW Advanced Vehicle Works with the goal to create a laboratory for ongoing alternative fuel research.

Year Three of EcoCAR 2 finals are set for May 2014 in Washington, D.C. Over the next year, the teams will continue to work on the program’s goals that include building cars that reduce petroleum energy consumption on the basis of a total fuel cycle analysis; reduce fuel consumption; reduce well to wheel greenhouse gas emissions; reduce criteria tailpipe emissions; and maintain consumer acceptability in the area of performance, utility, and safety.

Earlier this year, more than 1,000 students in high schools and colleges entered 131 vehicles in the seventh annual Shell Eco-marathon competition. The event has students build their own cars and compete to travel the greatest distance on the least amount of fuel. It was held April 4-7 in Houston, Texas.

During the competition, a vehicle designed by a team of students from Quebec’s Université Laval traveled 3,587 miles on a single gallon of gasoline. It was the highest mileage ever achieved for both Université Laval and the Americas challenge.

The Canadian team has dominated the competition for four of the past five years. Last year’s winner, a team from Mater Dei High School in Evansville, Ind., placed second with a best run of 2,308 miles per gallon.

The Université Laval team in 2012 didn’t complete a qualifying run but this year’s achievement earned the $2,000 grand prize. Teams competed from Brazil, Canada, Guatemala, Mexico and the United States.

While impressive, the winning team didn’t break the all-time record of 8,914 miles per gallon by a French team in 2003. The Shell Eco-marathon also occurs annually in Europe and Asia and involves thousands of students from dozens of countries.

Locally, the Granite Falls High School eco car team, UrbanAutos, achieved 244 miles per gallon and won $1,000 in their category during this year’s competition. The co-ed UrbanAuto team traveled to the competition again this year with the school’s all-girl team, the ShopGirls. The team made national headlines the first year it competed in 2010 because it was the first all-girl team to participate in the event. This year, a second all-girl team, Doves Under the Hood from St. Scholastica Academy of Covington, La., was a welcomed addition to the competition.

The 2013 Shell Eco-marathon Americas event was attended by 4,000 people and included the Shell Energy Lab, with attractions around innovation and the future of energy. For more information on all 2013 events across the globe, including the complete Americas 2013 results, please visit the Shell Eco-marathon website at www.shell.com/ecomarathon.